The board of directors oversees all the foundation's efforts. The board meets regularly to ensure that all of our teams perform efficiently and to facilitate cross-functional connections. 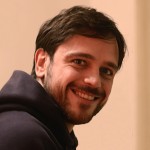 Francesco Cerritelli is chair of the COME Collaboration. Along with the board of directors members, he shapes and approves research and fund-raising strategies, advocates for the foundation’s issues, and helps set the overall direction of the organization.

Francesco has broad interests in osteopathic research, neuroscience and health science focusing on interdisciplinary aspects of evidence based medicine.
Native of Italy, Francesco earned a bachelor and master degrees in motor sciences from the University of l’Aquila, Italy. He also studied osteopathy at Accademia Italiana Osteopatia Tradizionale in Pescara, Italy, public health at Imperial College London, UK, and obtained a PhD in neuroscience at University of Chieti-Pescara, Italy.
Curriculum Vitae 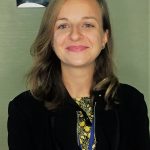 Degree in International Relations at University of Rome La Sapienza. After graduation, she worked at the General Consulate of Italy in Philadelphia, USA. She worked for ABBOTT Medicals as General Assistant to the General Italian Country Manager of the Company. Since 2009 she worked as researcher and consultant for FORMIT Foundation for European Grants and Call for proposals. Moreover, she was responsible for the International Relations office of LUSPIO University in Rome. Since 2017 she is General Secretary at COME Collaboration Non-profit Foundation. She is in charge of event/congress organisation, administrative support, reporting and external relations. 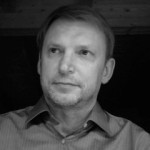 Patrick van Dun has a private practice as an osteopath in Mechelen (Belgium) and Habichtswald (Germany).

Patrick got his MSc degree in Rehabilitation and Physical Therapy at the Catholic University Leuven, Belgium in 1989 and completed his osteopathy studies at COC, organised at the Free University of Brussels, in 1993.   He is the chair and co-founder of the Commission for Osteopathic Research, Practice and Promotion vzw (CORPP).

Until recently he was a research collaborator at the Free University of Brussels, Department of Osteopathic Sciences, Research Unit in Osteopathy, Brussels, Belgium. He has been the Scientific Director of the German College for Osteopathic Medicine (GCOM), Wiesbaden (Germany) from 2000 till 2006 and Head of Research of Osteopathy, Department Clinical Medicine and Biotechnology, Danube University Krems (Austria) from 2010 till 2012. 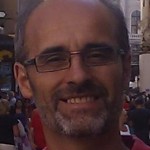 Jorge E. Esteves is an osteopath practicing in Malta. He is an Honorary Professor at the University College of Osteopathy in London and an Associate Professor at Instituto Piaget in Portugal, where he is the Scientific Coordinator for the Bachelor’s degree in Osteopathy. Previously, he served as the Head of Research at the British School of Osteopathy (BSO) in London, as a non-executive council member of the UK’s General Osteopathic Council, and osteopathy subject reviewer for the United Kingdom’s Quality Assurance Agency for Higher Education (QAA); he was also a Senior Lecturer in Osteopathy at Oxford Brookes University where he was instrumental in the development and implementation of the university osteopathic provision.

In 2011, Dr Esteves completed his PhD at Oxford Brookes University. His research focused on examining diagnostic palpation in osteopathy and developing neurocognitive models of expertise. Dr Esteves is interested in investigating the effects of touch and pain on body and mind, particularly, how pain affects the way in which people process their emotions; how pain affects the sense of the self; and what is the role of touch in the modulation of pain, sense of the self and emotional processing. Apart from his academic work at Institute Piaget and the University College of Osteopathy, Dr Esteves is also an Associate Editor for the International Journal for Osteopathic Medicine, member of the Board of Directors of the Collaboration for Osteopathic Medicine Research, collaborates in a number research projects and lectures and assesses at various schools worldwide.
Curriculum Vitae 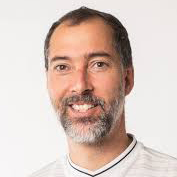 University of Applied Sciences and Arts Western Switzerland · Recherche appliquée et développement Santé HEdS-FR
Following his initial training as an osteopath, Paul Vaucher has been working in research in general and community medicine since 2001. He obtained a CAS in health rights before obtaining a postgraduate master degree in clinical trials at the LSHTM in 2006. He then worked on visual perception, neuropsychological testing and ecological behaviour during his PhD in neuroscience at the faculty of science of the university of Geneva. Since 2015, he is professor at the University of Applied Sciences Western Switzerland. His fields of interests are behavioural change, theoretical frameworks for care, interdisciplinary dialogue, information technologies in care and social epidemiology. 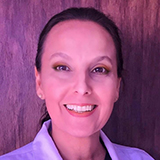 Ana Paula A. Ferreira
Board member

Ana Paula A. Ferreira is an osteopath practicing in Rio de Janeiro, Brazil. She received the Diploma in Osteopathy from Instituto Brasileiro de Osteopatia IBO in 2002.  Ana Paula completed her Master's Degree in Science of Rehabilitation at UNISUAM RJ in 2015 and the  Ph.D. degree from the same program in 2020. She completed a bachelor's degree in Physiotherapy in 1991 and a specialization degree in Neurophysiology in 1993. Her PhD and Master's research focused on developing a cervical spine palpatory method and its validation based on radiological image and validity of palpatory methods for locating head and neck structures.  She actively worked as a representative of Registro Brasileiro dos Osteopatas - RBrO for the inclusion of Osteopathy in the National Policy on Integrative and Complementary Practices (PNPIC) of the Brazilian Health Ministry. Currently, she is a teacher of Instituto Brasileiro de Osteopatia – IBO and is a Research Fellow of Australian Research Center in Complementary & Integrative Medicine (ARCCIM)/UTS. She has interests in osteopathic research, complex interventions, interdisciplinary collaboration, and public health.
Curriculum Vitae 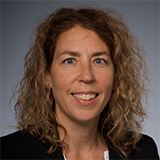 Chantal Morin is an occupational therapist and an osteopath teaching and practicing in Quebec, Canada. She is currently an assistant professor in the rehabilitation program at Université de Sherbrooke and a research fellow of Australian Research Center in Complementary & Integrative Medicine (ARCCIM). She graduated in occupational therapy from McGill University (1992-1995) and in osteopathy from the Centre Ostéopathique du Québec (1996-2002). After several years of clinical practice, she completed her Master's degree in Clinical Sciences (2008-2011) on the relationship between temporal bone dysfunction and acute otitis media in young children, a post-graduate diploma in pedagogy at the Faculty of Education (2010-2014) and a PhD in Clinical Sciences at the Faculty of Medicine and Health Sciences of the Université de Sherbrooke (2012-2017) on interprofessional collaboration between physicians and osteopaths.

Her research interests include documenting the use and effects of innovative approaches such as osteopathy, identifying barriers, facilitating factors and strategies to promote interprofessional collaboration (IPC), optimizing inter-rater reliability in manual therapy and pedagogical sciences. She has been involved in various national and international committees and organizations working in education and research development in rehabilitation and complementary and integrative medicine such as the REPAR, INCAM, Canadian Federation of Osteopath, COME Collaboration, OIA, ISCMR and ARCCIM.
Curriculum Vitae