Studied medicine and trained in pediatrics at the Catholic University of Leuven. He subspecialised in neonatology at the Academic Medical Centre/Emma Children’s Hospital, Amsterdam, the Netherlands, and got his PhD at the University of Amsterdam, The Netherlands in 2009, with “Prevention of Ventilator Induced Lung Injury in Preterm Infants with Respiratory Distress Syndrome: PreVILIG”.
Filip works as a neonatologist at the Neonatal Unit of the UZ Brussel - Vrije Universiteit Brussel (VUB) and is clinical Director of the Neonatal Unit of the UZ Brussel - Vrije Universiteit Brussel (VUB), Brussels, Belgium. His is professor at the Faculty of Medicine and Pharmacy of the Vrije Universiteit Brussel (Evidence-Based Medicine); Staff member of the Belgian Centre for evidence-Based Medicine (CEBAM) and of the Belgian Branch of the Dutch Cochrane Centre.
His current research projects is : “End-of-life decisions in neonates and infants: a population based study in Flanders, Belgium Multicenter prospective study in Flanders. Trial coordinator Luc Deliens (VUB, UGent), Co-investigator and member of the NIC-consortium.
He also participates in: “BeNeDuctus study: multi-center, randomized non-inferiority trial of early treatment versus expectative management of patent ductus arteriosus in preterm infants”, a multicenter trial The Netherlands & Belgium.
Trial coordinator Willem de Boode (Nijmegen), Co-investigator in Belgian participating center. 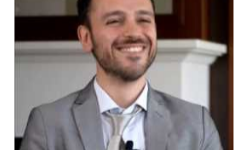 Francesco Cerritelli, DO PhD(c) in neuroscience at the Institute of Advanced Biomedical Technologies - University
of Chieti-Pescara - Italy, is the president of the C.O.ME. Collaboration, an international research charity foundation. Dr.
Cerritelli has broad interests in osteopathic research, neuroscience and health science focusing on interdisciplinary
aspects of evidence based medicine.
Abstract
Since decades, the WHO has been encouraging multidisciplinary collaborations to enhance quality of practice. This led
to include some traditional, complementary and alternative medicines within health care services. In the context of
Neonatal Intensive Care Units (NICU), team working has been tested since mid 90s to implement procedures and
deliver better practices. However, to date, a fully integration of multidisciplinary collaborations is still limited, although
promising results in terms of clinical effectiveness and reduction of costs.
The lecture will aim to: 1) report the osteopathic research published in NICU setting; 2) summarise the evidence 3)
open a discussion table of value to government policy-makers, regulators, researchers and health-care practitioners to
debate on better evidence-based multidisciplinary practices. 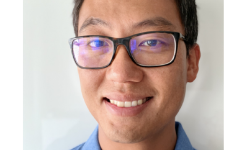 Osteopathic approach of the infant cranium is a usual application performed in the treatment of cranial deformities. The latter principally concerns the non-synostotic types of plagiocephaly involving various morphometric changes of the cranial vault defined as the occipital plagiocephaly, the scaphocephaly and the brachycephaly. Non-synostotic plagiocephaly is related to physical mechanisms as traction/compression applied before, during or after birth. Moreover, various predisposing factors are reported such as maternal age, twins/multiple gestational pregnancy, prematurity, head rotational asymmetry…

Cranial concept in osteopathy is based on previous principles related to subtle movement of the cranial bones and specific rhythm. However the latter remains very controversial according to current scientific research.

On the other hand, investigations on mechanical behaviours of the cranial sutures (mammalian model) showed specific kinesis and morphological features related to various types of loading (i.e. compression, traction, static/dynamic).

The presentation will expose (1) the main scientific findings of the literature and (2) the rationale of the new models that could be suggested regarding cranial osteopathic applications. 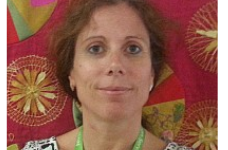 University College of Osteopathy, Queen Mary University of London, University of Applied Sciences Western Switzerland
Dawn Carnes has a background in occupational psychology, osteopathy and is currently a full time health researcher. Her main area of interest is persistent pain, musculoskeletal health and manual therapies. More recently her research skills have been used to conduct systematic reviews on safety of manual therapies, the effectiveness of manual therapies for infant health and currently a randomised controlled trial assessing the effectiveness of osteopathic care for infants with colic. 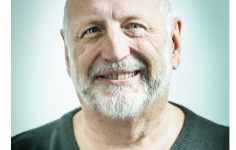 Yvan Vandenplas studied medicine and trained in pediatrics (1981-1986) at the Vrije Universiteit Brussel. He became Head of the Unit for Pediatric Gastroenterology and Nutrition in 1987, and is Head of the KidZ Health Castle at the University Hospital Brussels (UZ Brussel) and the Chair of Pediatrics since 1994.

Yvan’s main interests are gastro-esophageal reflux (diagnostic procedures, treatment), eosinophilic esophagitis, infant nutrition, probiotics and prebiotics, cow’s milk protein allergy, functional gastrointestinal disorders and Helicobacter pylori. He has published many original research and review papers on topics such as infant nutrition, gastro-esophageal reflux and functional gastrointestinal disorders.  He is now one of the associate editors of the Journal of Paediatric Gastroenterology and Nutrition. He is also the chair of the ESPGHAN Special Interest Group on "Gut Microbiota & Modifications". Yvan has more than 450 publications listed in Medline, and over 1000 oral presentations at different international meetings.

Functional gastrointestinal disorders (FGIDs) are commonplace during infancy. They cause frequent parental concern, lead to a heavy personal and economic cost to individuals and impose a relevant financial burden on public healthcare systems. Approximately 50% of infants experience at least one FGID symptom during the first year after birth. The most prevalent FGIDs – infantile regurgitation and colic – affect 30% and 20% of infants respectively. Guidelines emphasize that first-line management of these FGIDs should focus on parental reassurance and nutritional advice while drug treatment is seldom required. Since there is no organic disease, medications will not be helpful, and will mainly be responsible for adverse effects. Nutritional advice should stress the benefits of continuing breastfeeding while, in non-breastfed infants suffering from FGIDs, special infant formulas may be considered. that should be offered to parents of both breastfed and formula-fed infants.

By providing a complete and updated parental education, reassurance and nutritional advice, healthcare professionals can optimize the management of FGIDs and related symptoms and reduce the inappropriate use of medication or dietary intervention

Background: Infants who excessively cry, are distressed and unsettled can have a marked impact on family life. Around 1 in 6 families are affected, it is associated with maternal depression, anxiety and loss of parenting confidence. These infant behaviors are usually self-limiting but during this difficult period many parents look for additional support. There is limited research and therefore much debate about the effectiveness of manual therapy and osteopathic care for these infants.
Aim: To evaluate the effectiveness and healthcare cost of osteopathic care for excessively crying, unsettled and distressed infants (< 10 weeks old).
Method: We propose a two-arm pragmatic randomised controlled trial to assess the effectiveness of osteopathic manual therapy component of care. We will randomise 202 parent(s)/carers and their infants to either: i) Osteopathic manual therapy with best usual care advice and support or, ii) Light touch attention control (equal time spent with infant) with best usual care advice and support. Parents will be blinded to whether their infant receives the osteopathic manual therapy care or not. This design will enable us to test whether the addition of the active osteopathic manual therapy component has more effect than non-osteopathic light touch. The cost of the delivery of the intervention will be determined and compared with data about the cost of other care.
Population: Healthy infants under 10 weeks old, reported by their parent(s)/carers as excessively crying, unsettled and distressed using a modified Rome IV criteria (> 3 hours of crying per day, for 3 days for 1 week or more). Infants with diagnosed health conditions for which they are receiving medical treatment will be excluded from the study.
Outcomes: The primary outcome is infant crying time over 14 days, collected via parent reported diaries. Secondary outcomes are: i) Parental self-efficacy ii) Parent perceived global improvement iii) Satisfaction with treatment and iv) Adverse events.

This study will provide information about the clinical and social relevance of osteopathic care for excessively crying, unsettled and distressed infants and their parents. 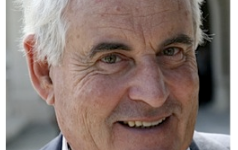 Private practice since 1995 in Munich, Germany, since 1998 D.O.
1999 – 2008: Chairman of the Research Commission of the German Academy of Osteopathy; Supervision and control of German Osteopathic thesis for DO (about 60 trials, thereof 30 RCT´s).
2010: Master of Science (MSc) in Osteopathic Clinical Research at the A.T. Still University, Kirksville, USA.
2012 President of the German Academy of Osteopathy (AFO).

Lecturer on osteopathic schools and workshops for scientific work and methodology.
Presentation of German osteopathic studies at international conferences and congresses.
Publications in Medline listed journals.

Osteopathic treatment of infants in their first year of life: a prospective multicenter observational study (OSTINF-Study)
Background: In Germany,  in recent years, ever more parents seek help from osteopaths for perceived health complaints of their infants and children. This implies an increasing demand of reliable evidence of effectiveness of an osteopathic intervention for this group of patients, yet fundamental information is lacking inevitable to plan proper intervention studies.
Objective: To quantitatively asses which perceived health complaints of infants are most common in osteopathic practices, what typical changes associated with the intervention, and data on safety.
Methods: An observational study was chosen as study design. Parents who approached an osteopathic practice with any of the following 5 disorders were included in the study: idiopathic infant asymmetry (IA), plagiocephaly (DP), feeding disorders (FD), excessive crying (EC), and sleep disorders (SD). To asses outcome, parents were asked to rate the strength of symptoms by means of outcome sheets on numerical rating scales (NRS 0-10). In DP, the head circumference of the child's skull was measured with the craniometer and the cranial vault index (CVAI) calculated therefrom.
Results: 230 practices agreed to participate, 151 practices returned results. 1196 infants were treated on average 2.8 times. IA was the most prevalent disorder (48%), followed by EC (18%), FD (15%) and DP (14%). In IA, the asymmetric situation on the NRS improved from 6.2 to 1.3, an improvement of 81%. At DP, the CVAI improved from 8.0% to 4.0%, an improvement of 51%. FD improved by 77%, EC by 70% (7.7 to 2.3 on the NRS) and SD by 56%. Reactions to osteopathic treatment occurred in only about 3.5% of all treatments, probably reflecting typical day-to-day variation of symptoms. In a total of 3212 treatments, there was not a single negative reaction affecting the baby's health.
Conclusions: Osteopathic treatment was associated with major positive changes of the severity of perceived health complaints as assessed by parents, typically back to normal. Osteopathic interventions proved as a save treatment modality across a large number of therapists. On the basis of these results so-called intervention studies should be planned and realized. 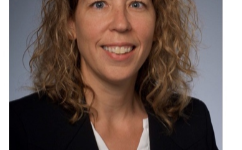